What is anxiety and how can it manifest itself in your child?

Today, anxiety disorders are one of the most prevalent psychological concerns. Anxiety is a mood state that includes physical, cognitive and behavioural characteristics. There is often a sense of worry or apprehension toward the future.

Anxiety is not necessarily a bad thing; but it can become maladaptive when it is more frequent and begins to impact daily functioning. Because children are still developing, this can begin to affect typical development. Without early intervention, anxiety is likely to follow into adulthood.

Panic Disorders reflect having an abrupt feeling of intense fear or discomfort, in combination with physical symptoms such as shortness of breath, heart palpitations, chest pain, and dizziness. Panic attacks can be cued (i.e., expected) or uncued (i.e., unexpected).

Agoraphobia, which involves recurrent fear or anxiety of two or more situations, such as transit centres, shopping malls, enclosed spaces. This disorder is characterized by a significant fear of having a panic attack in an outside place, such as the ones mentioned. Thus, the individual is likely to avoid these places.

Social Anxiety Disorders involves a fear or anxiety in social situations in which an individual may face scrutiny by others, such as in social interactions, performing in front of others, or being observed.

Specific Phobias involve the irrational fear of situations or objects, which contributes to avoidance behaviour. In children, the fear is often expressed through crying. There are different types of phobias, such as animal-related or situational.

OCD is exactly what it sounds like. It consists of obsessions, which recurrent and persistent images, thoughts, or urges that are unwanted and intrusive (e.g., a child having the thought that “something bad will happen”, and compulsions, which are mental acts or repetitive behaviours that occur in response to an obsession or rule.

Separation Anxiety Disorder mainly only occurs among children. It involves severe distress and fear of separation from home or an attachment figure (i.e., parent, caregiver) that results in impaired daily functioning.

What are the physical characteristics of anxiety?

What is important to note are individual differences among children and the symptoms that they may present. That is, children may not express or experience every physical symptom, and some symptoms are more characteristic of some anxiety disorders versus others (Beidel & Alfano, 2011). Additionally, two children with the same anxiety disorder may experience completely different symptoms.

symptoms than other children. Some of the most common complaints noted by children often include headaches or stomachaches (Beidel & Alfano, 2011). Other symptoms to take note of in children may include difficulty breathing, sweating, muscle aches, or heart palpitations.

What are the cognitive characteristics of anxiety?

How else can anxiety manifest itself? Children may begin to exhibit negative thoughts or

worries surrounding various events or stimuli. However, this may be more difficult to detect.

This relationship is likely to be age-related, as younger children are still considered cognitively immature and not quite able to reflect on their thoughts (Beidel & Alfano, 2011).

What are the behavioural characteristics of anxiety?

Spotting anxiety in your child can be difficult, mainly because children are often not able

to express cognitive dimensions (i.e., feelings or emotions) quite yet. However, the behavioural aspects of anxiety are the easiest to recognize.

Common behavioural signs in children may include crying or throwing tantrums, clinging

to the parent, refusal to follow instructions, and overall disobedience (Beidel & Alfano, 2011).

Some children may be fearful of going to new places, or may be afraid to speak, especially when they are not around a known individual.

What are the risk factors?

Environmental, hereditary, and learning factors can influence the development of anxiety

in children.Anxiety disorders tend to be more common in females compared to male

environment and taking risks (Mian & Gray, 2019). Thus, children may not be able to accurately detect threats, leading to distress or uncertainty.

What treatments can help limit or reduce childhood anxiety?

Granting more autonomy in children can be helpful, as it allows children to develop

better awareness of their environment (Mian & Gray, 2019). This is based on exposure, which

allows children to become less fearful of a stimuli or situation over time.

ritual prevention (ExRP) are common psychotherapies used. They are a form of cognitive

therapy that works to challenge cognitive distortions and negative thoughts by engaging in the activity that is perceived as threatening.

well-being and can help with hope and motivation.

If you feel your child would benefit from therapy, please book an appointment with a Pine Cone Health therapist who specializes in childhood and adolescent anxiety.

You can find us on the second floor of the C-Health Building. 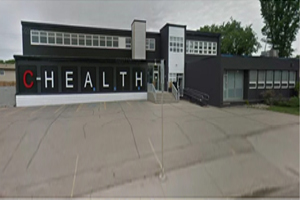